from Meant To Be by MOOSE 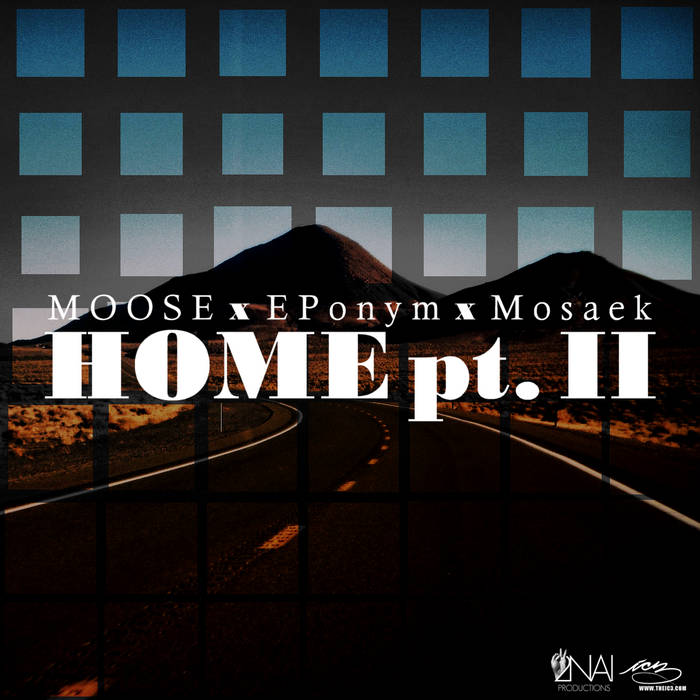 [Intro]
Wherever you are, I’m right there with you
No matter how far
I’m running back home
I’m talking ‘bout home

[Verse 1 - EPonym]
Potomac, Southeast, man you know it
just a little run down, but shit, i never noticed
Sundays were church days, seldom in attendance
all the aunties and the uncles, giving thank for their blessings
corner store chilling, see blue collars and thugs
I’ve seen punk ass kids, spare change for a bum
I love my city, i hate the lack of motivation
no creation grey, the only colors what they claiming
its crazy, and there’s plenty people just tryna live
most forget to take a second and see that the beauty is
everything this city is, pollution and power grids
the beaches, and the buildings, the palm trees, the feeling
where the suns shining down, even in the winter time
comfy, god bless ya life now that’s something
the way you digest your living, that’s on you
San Diego, born and raised from the heart kid… home schooled

[Verse 2 - Mosaek]
Port City, south based just like a Confederate
No years better than the ones spent near Edison
Shaundy tardy, mad gnarly, chillin’ in detention when
Ms. Pollock caught me frolicking in class with dice & dollars
Mattie Harrell Park homie thats where the hoop be
Remember Will called Chris out? That was an oopsie
Then I moved out north, neighbors looked albino
Found out later one of my neighbors was Pyro
Kicked it like Taebo at SL Fong I
Grew to appreciate the subtle suburban calm
Why I love my city so, my city molded witty Mose
From the gritty cove, Forbes quotes “miserable”
Based off decimals and skimpy polls
Them imbeciles is trippin’ bros. Fuck statistics yo
Rockin’ from Stockton, also known as Mudville
A little foreclosure but the loves real… 209 until

[Verse 3 - MOOSE]
Where everything will go down
the city like an ocean filled with sharks hope you don’t drown
Through the whole town, all of the lights flicker
shining bright giving the impression that there is a slight glimmer
Of hope, every scene looking the right picture
but no, if you aint leave yet the city just might get ya
Locals call it being patient
but they call it UNLV cuz your never leaving Vegas
Coming home is bittersweet, the city sleeps
until they recognize that you are the missing piece to the puzzle
You hate the city, then again you love it
you wanna spill your heart and soul just to a build a culture
That the people could be proud of, it aint all about drugs
weed smoke, prostitute, casinos
Sin City needs a hero
and that’s why Luxor flash that light in the sky to let me know
When I am hanging with my own crew
I never feel alone, even when I’m standing on my own two
We just don’t lose, playing for the home Bulls
just to show you from concrete a Rose can grow too
So when they play MOOSE’s raps, they ask who is that?
you could say he the reason we on Google Map
Or the reason why the truth is back
check the URL you could tell who the hell is the coolest cat
Dude relax, its Munoz, I got this
no problem, 2 and 2 together, do the math
I am too fly to let the city ground me or hate me
time to raise the city that raised me